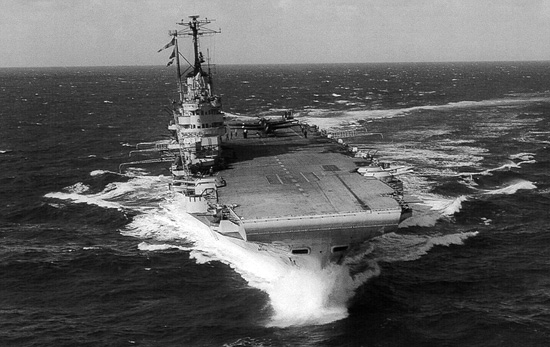 R.C.S.C.C. ILLUSTRIOUS was first commissioned in 1942 in Weston Ontario. This makes ILLUSTRIOUS one of the more senior cadet corps in Canada, as 1942 was the year King George VI granted consent to adopt the “Royal” prefix to the Navy League’s cadets, creating what is now known as the Royal Canadian Sea Cadets.

The corps was named after the 4th HMS ILLUSTRIOUS, which was one of the most distinguished ships serving in the Second World War, receiving battle honours in 8 major operations between 1940-1945. She was the first of a new class of aircraft carrier and received her commission in 1940. 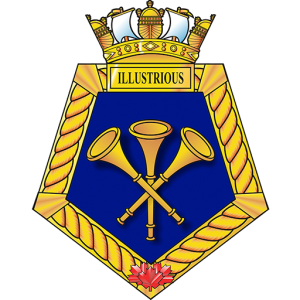 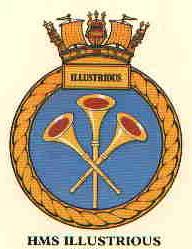 The new crest, unlike many other crests, is shaped with a point at the bottom, to indicate that the ship was a Capital Ship. A Capital ship is usually a leading or primary ship in a naval fleet. The 3 horns represent Truth, Light, and Destiny.

Land was donated by the family of LCdr James Moffatt, the first CO of R.C.S.C.C. ILLUSTRIOUS. In 1942 a barracks was opened and with it came the distinction of being the first facility in Canada designed and built as a Sea Cadet training facility.

During the next 4 decades R.S.C.C.C. ILLUSTRIOUS flourished and provided an opportunity for the youth of the west Toronto area to develop and grow in leadership and citizenship. In October 1954 the cadets and boats of ILLUSTRIOUS were utilized in aiding those stranded and stuck in the flooded Humber River during Hurricane Hazel. In 1967 the cadets and band of ILLUSTRIOUS were included in the Sea Cadet Centennial Guard & Band, and toured the province during the summer of 1967.

The 1980s proved problematic in maintaining and operating the building, and the corps was struggling to train effectively. In 1994 the Navy League Branch was placed into Trusteeship and the corps closed. The building was unfortunately sold and demolished.

The legacy of R.C.S.C.C. ILLUSTRIOUS lived on, and in 1997 the Brampton Branch of the Navy League of Canada was stood up. An overgrown and highly popular neighbouring corps R.C.S.C.C. Haida was split, and began operating a satellite unit in Brampton, originally known as “Haida B Company”.

In May 1999, Haida B was officially commissioned as R.C.S.C.C. ILLUSTRIOUS, which has grown and prospered into what it is today, a thriving and successful corps, which is consistently in the top 3 largest Sea Cadet Units in Ontario.